Filmmaker Yash Chopra Passes away at 80 in Mumbai 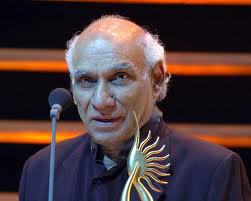 Legendary film director, screenwriter and film producer Yash Chopra is dead. Chopra, 80, had been admitted to Lilavati hospital in Bandra on October 13 after being diagnosed with dengue, according to TV reports.


Known for making some of the best love stories and action dramas, the veteran had been busy shooting for his last directorial project — Jab Tak Hai Jaan.

“He had been suffering from complications of dengue for a long time. He suffered from multi organ failure, because of which he died,” a hospital source said.

According to reports Chopra had to even cancel a trip to the Swiss Alps for the filming of the last remaining song sequence in his upcoming film. The trip to had to be cancelled after he was admitted to Lilavati hospital.

Email ThisBlogThis!Share to TwitterShare to FacebookShare to Pinterest
Labels: at 80, passes away, Yash Chopra 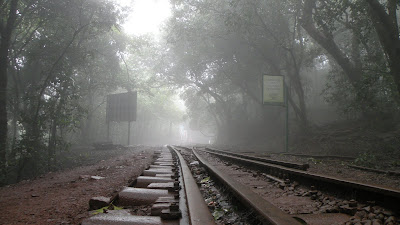 Over the weekend, we went to a hill station outside of Mumbai called Matheran. Indians like to travel to these hill stations high in the mountains to breathe in the fresh air and escape the heat of the city.

Matheran is the closest hill station to Mumbai. And, were the roads outside of town a bit better, we could have reached there in about an hour. Instead, it took about two hours, through suburban slums, past random socialist-era factories, and in the middle of the morning rush. Although we were traveling in the opposite direction from most of the buses and rickshaw-wallahs, traffic was pretty bad. We had to keep the windows rolled up in order to avoid inhaling a thick cloud of diesel fumes.

Email ThisBlogThis!Share to TwitterShare to FacebookShare to Pinterest
Labels: Don't Forget to visit MATHERAN in Maharastra 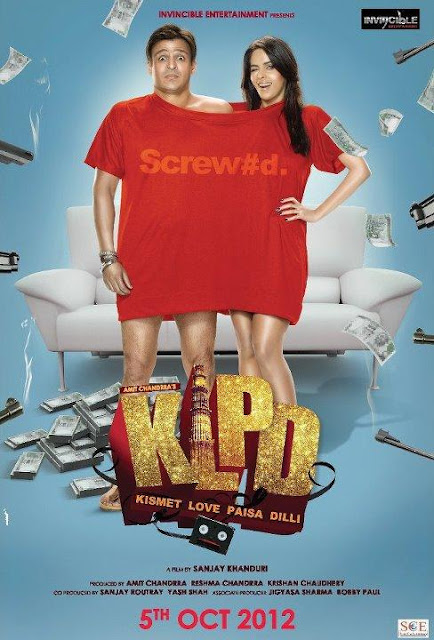 Set in Delhi, Kismet Love Paisa Dilli is a one night madcap story of Lokesh and Lovina.
Lokesh is a college going middle class guy and Lovina is the girl next door.

They miss their last metro back home and a series of on-the-edge moments occur through the night where Lokesh and Lovina run across Delhi on this roller coaster of a night from cold streets to glitzy farm house parties.

Directed by Sanjay Khanduri, KLPD is scheduled to release on October 5, 2012.

Here is the video of Saaiyaan song from the movie Heroine featuring Kareena Kapoor in the lead roles. The first video Halkat Jawani is a big hit and now comes a slow soundtrack from the movie heroine. For all the Rahat Fateh Ali Khan fans this song is for you!! Heroine is being directed by Madhur Bhandarkar. 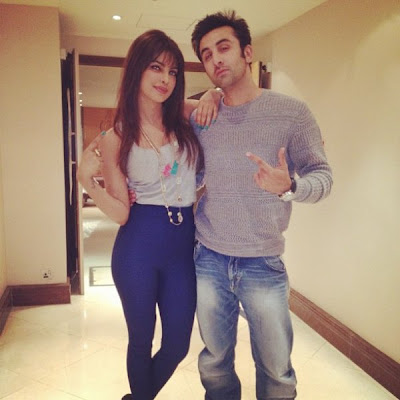 Barfi! starring Ranbir Kapoor, Priyanka Chopra & Ileana D’Cruz and directed by Anurag Basu has become the talk of the town for its unique theme and wonderful-music by Pritam Chakraborty. It seems that both Ranbir Kapoor and Priyanka Chopra have career best roles in the movie if the promos are anything to go by. The movie is all set for its release on 14, September 2012 and the promotional activities have been kick started. Priyanka Chopra and Ranbir Kapoor are in London to promote the movie. They have given interviews to many of the prominent Media houses in London. The cast will head to Dubai next and they will visit Indian cities next before its release.
Posted by Unknown at 11:36 PM No comments: 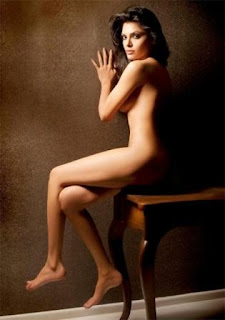 Model-turned actress Sherlyn Chopra is treading on clouds these days, fighting off jet lag with red wine and making sure the world knows of her amazing windfall. The Playboy covergirl has made an unexpected career move on her rivals Sunny Leone and Poonam Pandey.


The deal is official. Playboy mogul Hugh Hefner tweeted that Chopra will be the first Indian to appear nude on the Playboy cover. The Playboy team said it could not wait to post her shoot pictures on Twitter. And Chopra reciprocated with a grateful and very public thank you post that included, in the same sentence, some ‘tight hugs’ and ‘warm regards’. 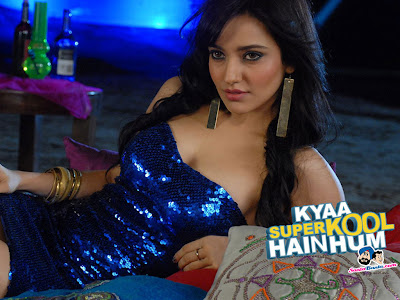 Kya Super Kool Hai Hum Movie Review – Kya Super Kool Hain Hum 2012 Bollywood Hindi movie directed by Sachin Yardi, and produced by Ekta Kapoor and Shobha Kapoor starrinTusshar Kapoor and Ritesh Deshmukh from the original cast.
Review:
Riteish and Tusshar’s Kyaa Super Kool Hain Hum 2012 Bollywood Hindi movie hits the screen today and is turns out to be a uber cool sex comedy. Kyaa Super Cool Hain Hum he film amuse and entertain and provide laughs aplenty.
‘Kyaa Super Kool Hain Hum’ has some stunning jokes and episodes that would make your jaws hurt with laughter in comical length of the movie. Kya Super Cool Hai Hum is seems to be very much like ‘American Pie’ type of a movie with adult humor in loads. Adult humor is something is looks to be explored for the first time in Hindi cinema. ‘Masti’ [2004] and ‘Kyaa Kool Hai Hum’ [2005] were earlier turns out as adult comedies. Last year’s ‘Delhi Belly’, was the incredible adult humor, The much eagerly awaited sequel ‘Kyaa Super Kool Hain Hum’ is being played on screens tickle your funny bone.
Posted by Unknown at 10:43 PM No comments: